Who doesn’t love spring? Flowers blooming, weather warming up, and March Madness! Ally loves March Madness every year, but this year was extra special. She, along with all the rest of the Cavalier faithful, had incredibly high hopes for redemption for this year’s team. And they DID IT! Monday night, way past our bedtime, the Virginia Cavaliers won the NCAA men’s basketball title game! 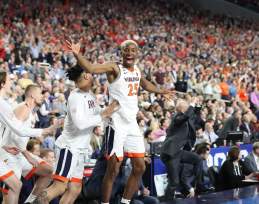 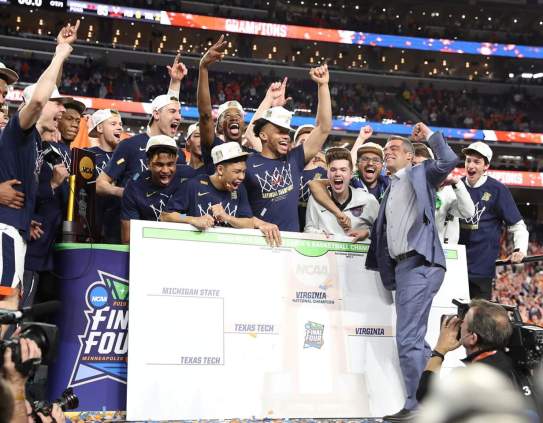 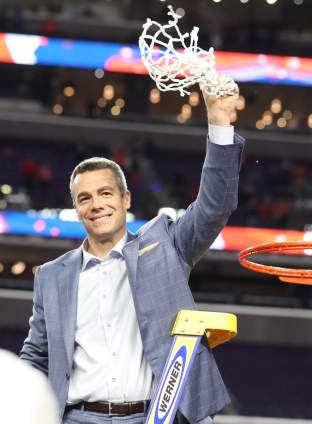 Since Ally made/ate this pasta on game night, we definitely have to document it, so she can superstitiously eat it for years to come. I’ve had the idea of making a light sauce with melted Brie floating around in my head for awhile now and am pleased how this turned out. It’s simple enough for a weeknight (or while nervously pacing, waiting for a championship game to start…) and light enough to welcome spring, despite what you might assume from the ingredients. It’s also a great use for leftover ham! By thinning out the Brie, you end up just lightly coating the pasta, so it doesn’t eat like a heavy Mac n cheese or something similar.

For all of you who celebrate Easter with a massive ham and therefore, invariably have leftovers – here’s a recipe for you! This soup is flavorful, and stuffed full of ham. No guilt about wasting leftovers! On a related note, save or steal the ham bone! We’ll use that too. It’s not necessary to the recipe, but man does it make it better! The depth of flavor you get out of that ham bone is amazing.

I also got to wondering… how did ham become a traditional Easter food? The Jews-turned-Christians of ancient times certainly weren’t serving up pork on their dinner tables. Seems counter-intuitive that the descendants of religious Jews would go for one of the most forbidden foods in Judaism. As best I can tell, Easter ham is a relatively recent, American Christian tradition. Why? Apparently, back in the days before refrigeration, pigs were traditionally slaughtered in the fall and stored salted through the winter. This ham was edible around Easter-time, when other spring-slaughtered animals weren’t ready. Pretty practical and boring as traditions go…

Now if you’re observant or actually reading this the day I published it, you’ll notice that Easter isn’t exactly over yet. That’s because we were unable to go home for Easter with my family as usual and instead staffed the hospital. But we did buy a massive ham this week. It was only $1/lb! That’s basically free 💸💸 And let me tell you, if our think you have leftovers, try eating a whole ham between two people! So far we’ve had two friends over for ham & swiss sandwiches, repeated those sandwiches another night, had eggs and ham for breakfast, made this soup, frozen ~1/3 of it, and still have a good other 1/3 or so in the fridge! We’ll be eating ham until Memorial Day! With this soup, I was going for creamy, but a little different than the usual heavy-cream-filled potato soup. I think it worked! 💁 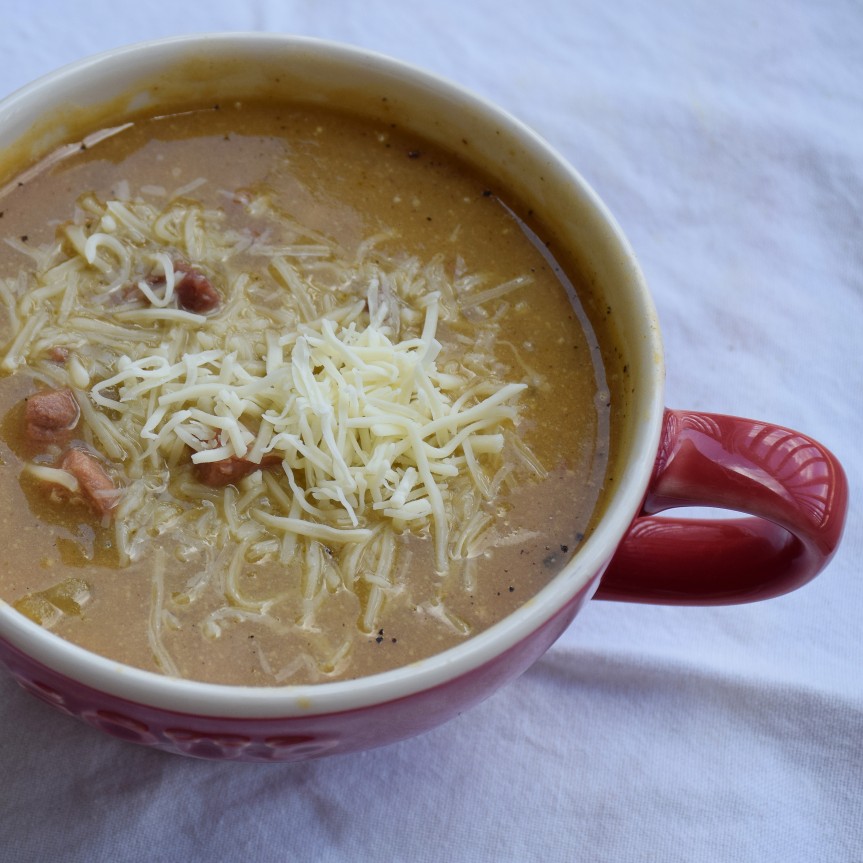