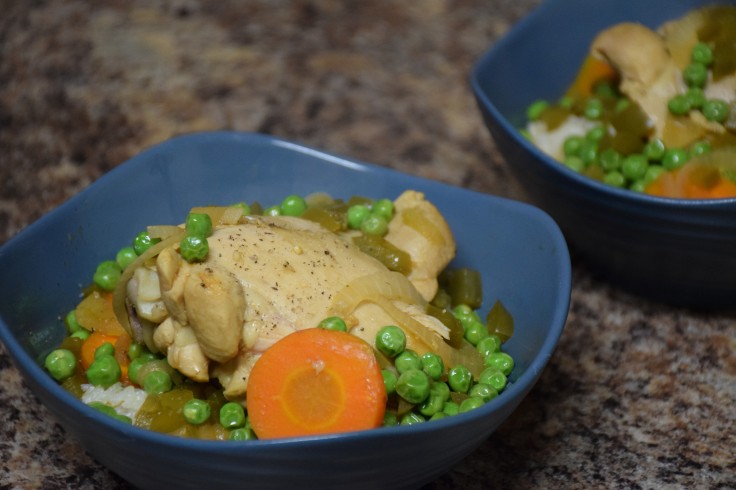 We’re fairly busy during the week, so we like to attempt new recipes, or ones that are sure to be longer or more elaborate on the weekends. I’m sure that was already fairly obvious by the days we post new recipes… Actually, last year, one of my New Year’s resolutions was to try a new recipe, preferably from one of our cookbooks, every week. That basically defaulted from once a week to every weekend. We may not have actually kept up the resolution for every single week/weekend, but we do a pretty good job.

That means though, that when the weekend rolls around, frequently we don’t have anything planned other than “make a new recipe.” Hence, our decision-making process from last night. I was browsing through one of my favorite sites, Global Table Adventure. [PS: you should check it out. The site chronicles one woman’s efforts to cook dishes from every country around the world. It’s pretty awesome!] The conversation proceeded like this…

Ally: “Hey, pick a country. Like any one in the world.”

I browsed the dishes that Sasha, of Global Table Adventure, tried from both of those countries, and while they looked delicious, they just weren’t speaking to me as what I wanted to have for dinner tonight. I was inspired though and just ended up browsing the internet looking for recipes from either country that would pique my interest and appetite. (And match ingredients I already have in the fridge/pantry!) I came across several references to Pollo Arvejado as a common dish in Chile. I literally could not find two recipes that were the same. So I read through several (here, here, here, & here!) and mentally combined what was most consistent among them, plus what appealed to me personally! The result is the recipe below.

Soooo… This recipe turned out decent, but not amazing. We both felt it was little bit on the bland side. At its core, this is a hearty, filling, and easy dish to make… All positive things. It grew on us as we were eating, but there just wasn’t any big punch of flavor. It’d probably be perfect for kids (or picky adults)! The recipe above is how we made it, but next time we’d double the garlic, cumin, and paprika. Also, on the plus side, when you cook with wine, you have the leftovers to drink! We decided to stick with the Chilean theme, and got a Chilean white from Trader Joe’s. As wines that cost less $5 go, this Chardonnay-Viognier blend is pretty good (from Panilonco Winery, Colchagua Valley, Chile).