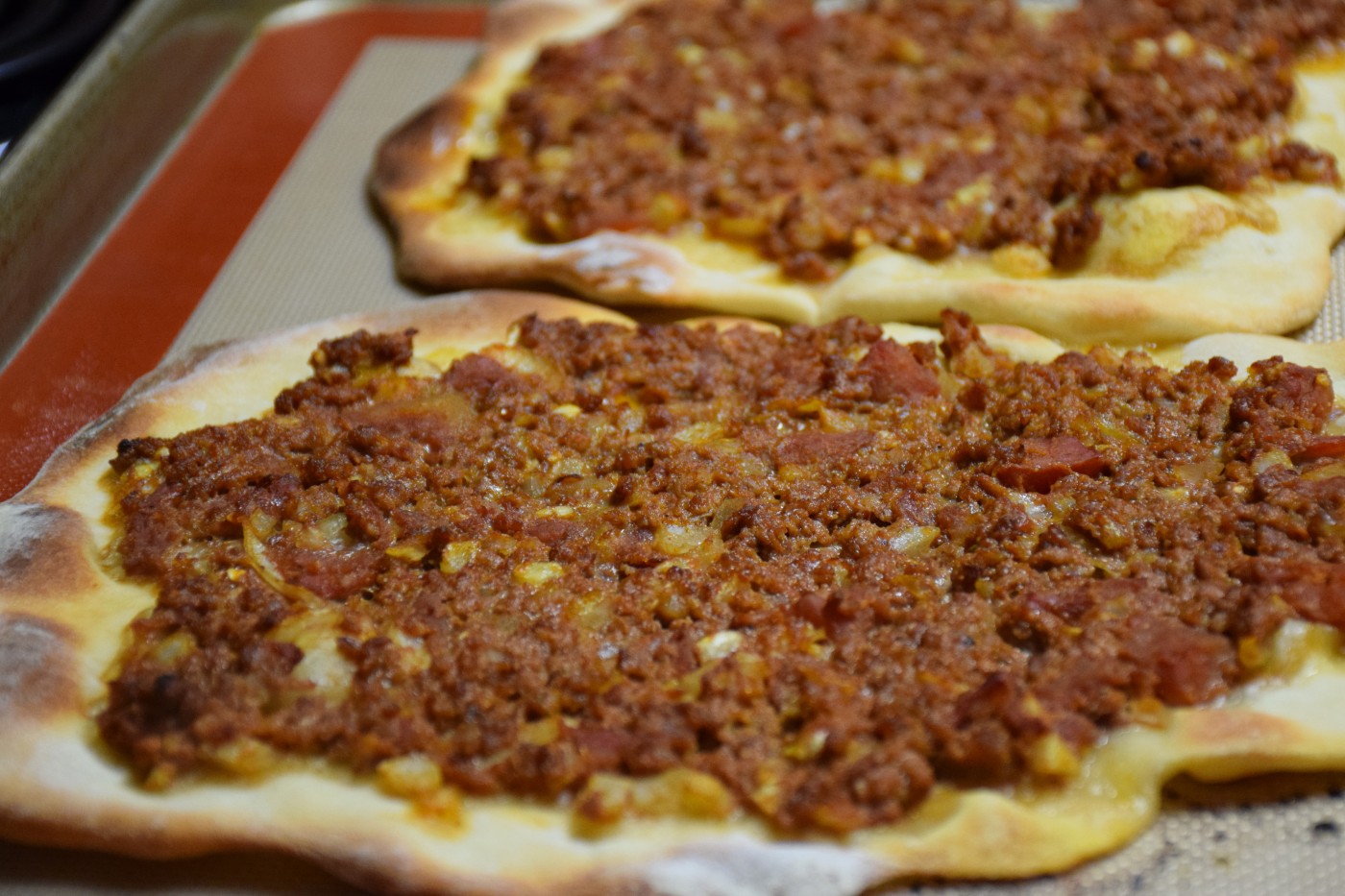 What is lahmacun you ask? Let’s start with pronunciation. If you’re American (or not Turkish, really), I can almost guarantee your guess is wrong. In Turkish, the pronunciation of ‘c’ as we English speakers know it, doesn’t really exist. If you see a ‘c’ in a Turkish word, think of it as an English ‘j.’ Easy enough? But wait! If you see this letter: ç, forget what I just said. Ç = ‘ch.’ The ‘c’ in lahmacun doesn’t have a tail on it, so it is pronounced as a ‘j.’ Therefore: “lah-mah-june.”

Now that we can all say it, what is it? Well it’s the epitome of delicious Turkish street food. It originates from Southeastern Turkey (although that is debated by some, as is the origin of pretty much every beloved food I’ve ever heard of…), and is popular in Turkey, Syria, Armenia, Lebanon, and other surrounding areas. It is essentially a meat-topped flatbread. In the US and Europe it is sometimes referred to as a “Turkish pizza.” That’s a reasonably accurate description I suppose, although to me the biggest and most obvious difference is that lahmacun isn’t covered in cheese as your traditional pizza is. Lahmacun can have a variety of toppings and therefore recipe variations, but at its core it is pita dough, baked with spiced meat on top. When purchased from a street vendor, they are commonly rolled up around a salad of sorts, but can also be eaten flat as we did tonight. Lamb is more traditional than beef, but since I had beef at home, that’s what we went with today.