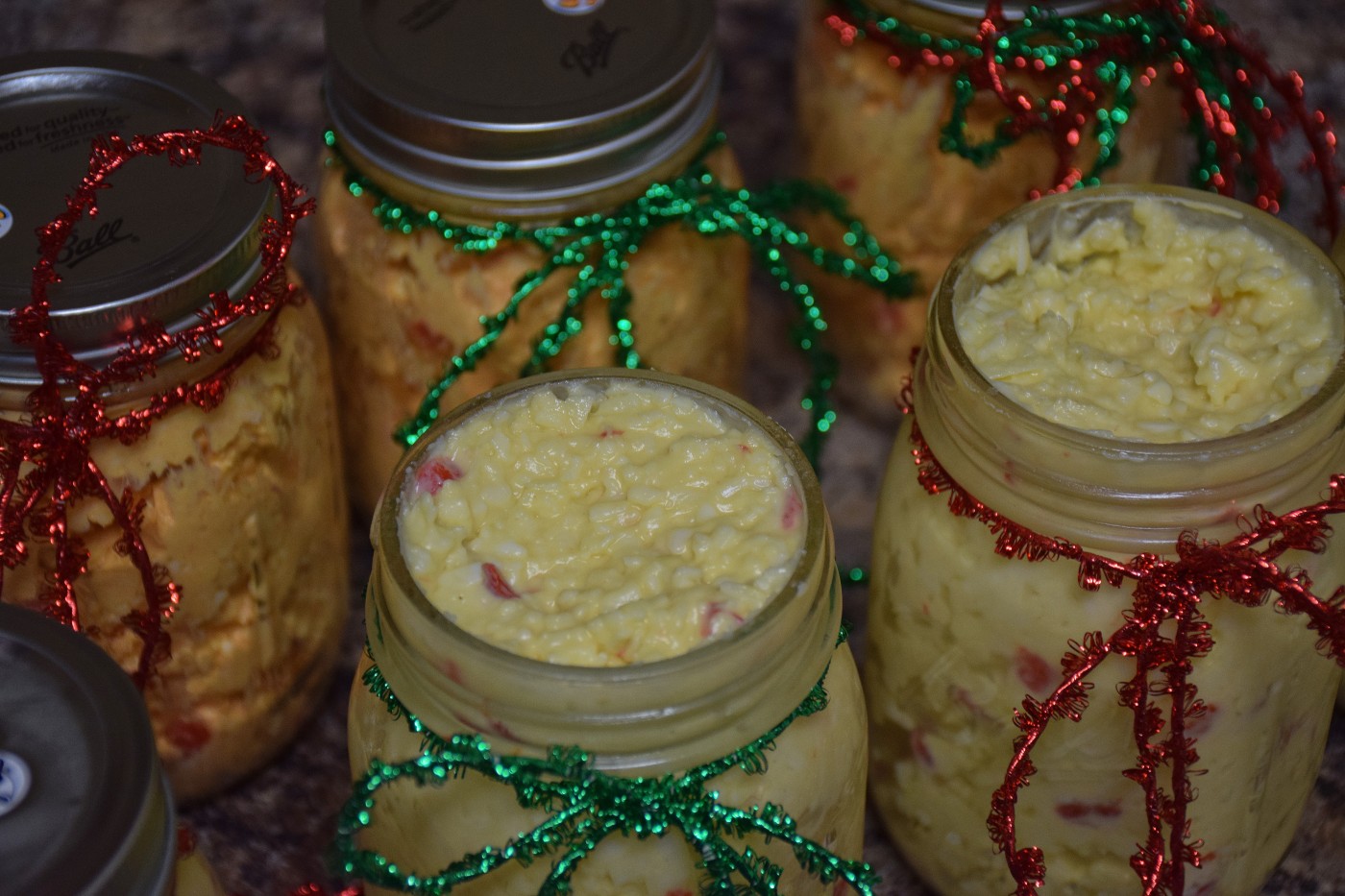 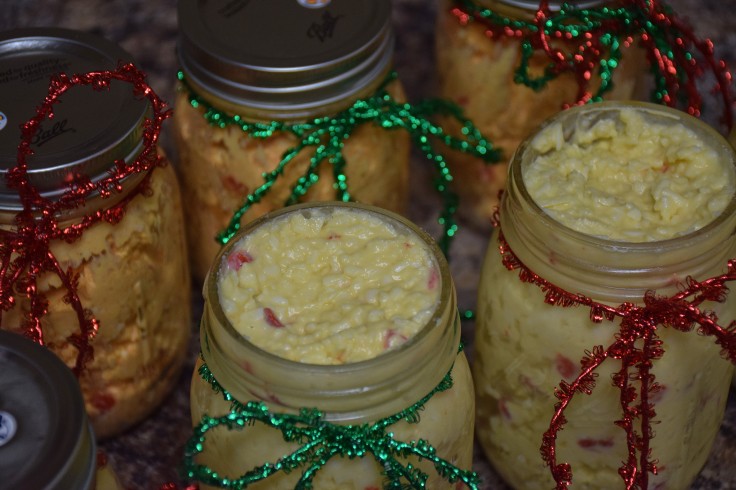 South Carolina is known for many dishes in the world of all things culinary. Favorites include low country boils, boiled peanuts, shrimp & grits, sweet tea, cornbread, and of course… pimento cheese!  South Carolinians seem use a fair amount of mayonnaise in their pimento cheese, but instead of Duke’s or Kraft’s mayo we made garlic truffle aioli.  Cheddar is the standard cheese for a classic SC pimento cheese, but we swapped it out for some flavorful Italian classics, Asiago & Pecorino.  The aioli sounds fancy, but in reality, it’s just homemade mayo, and probably one of the easier things we’ve made along the way. 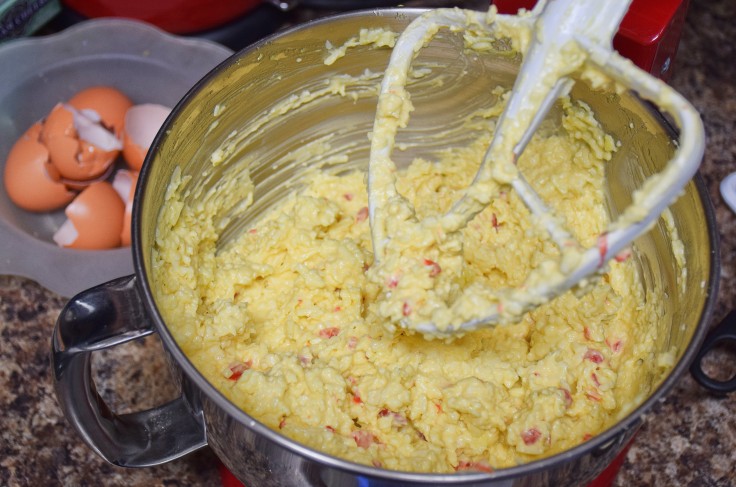 Ally loves pimento cheese, and its abundance down here has made her quite happy. Every time we buy it though, we wonder why we don’t just make some ourselves. “It can’t be that hard… right?” Turns out, it’s not! There isn’t a standard recipe for traditional pimento cheese, because everyone’s grandmother has the original recipe that no one else’s grandmother can beat. But the basics boil down to cheddar cheese, mayonnaise, and chopped pimentos. What could be easier? Or easier to modify and fancify, like we did here!

[Note: this makes a large batch. Good for a big picnic, large party, or handing out in jars to several friends!] 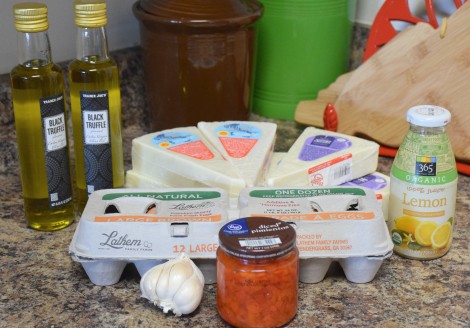 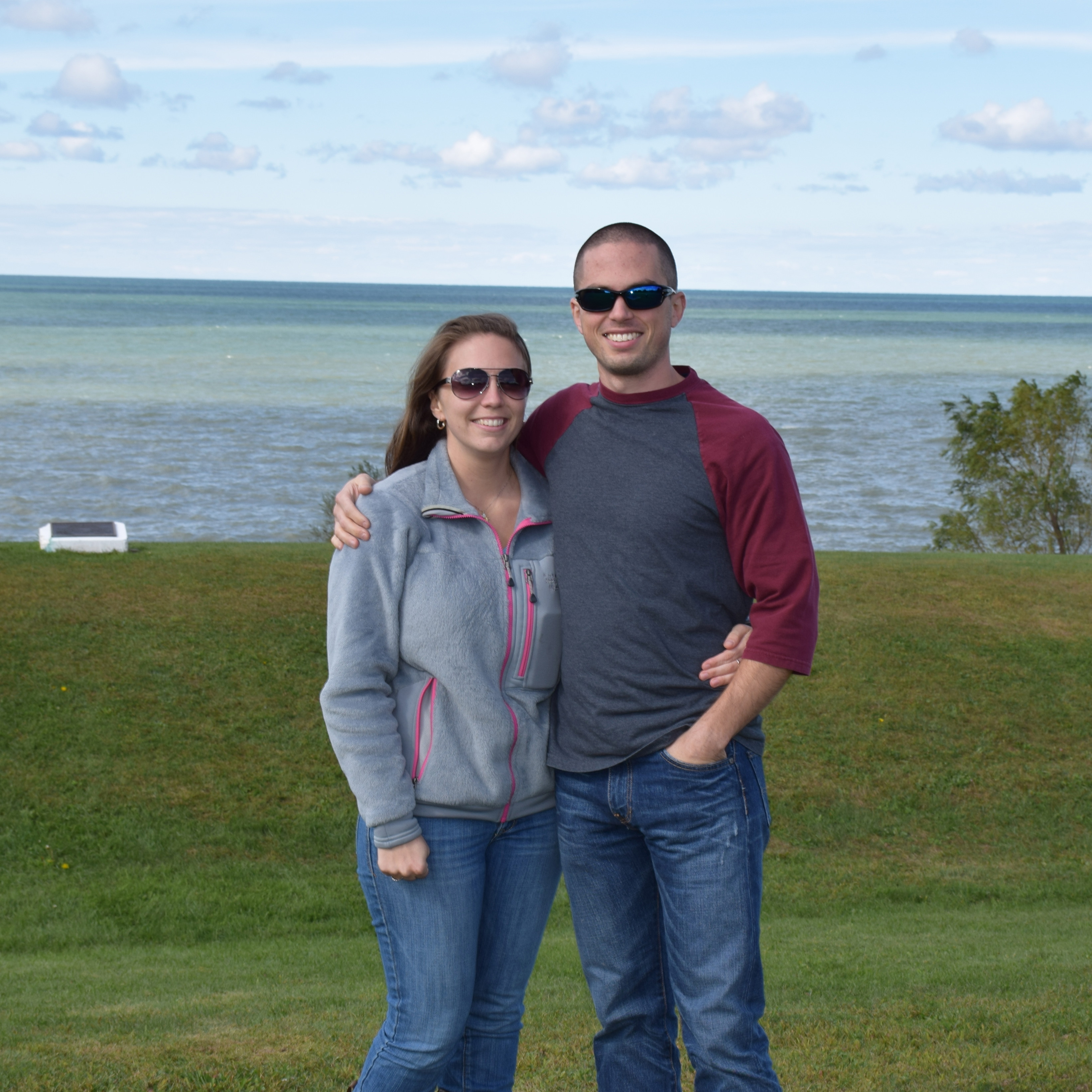