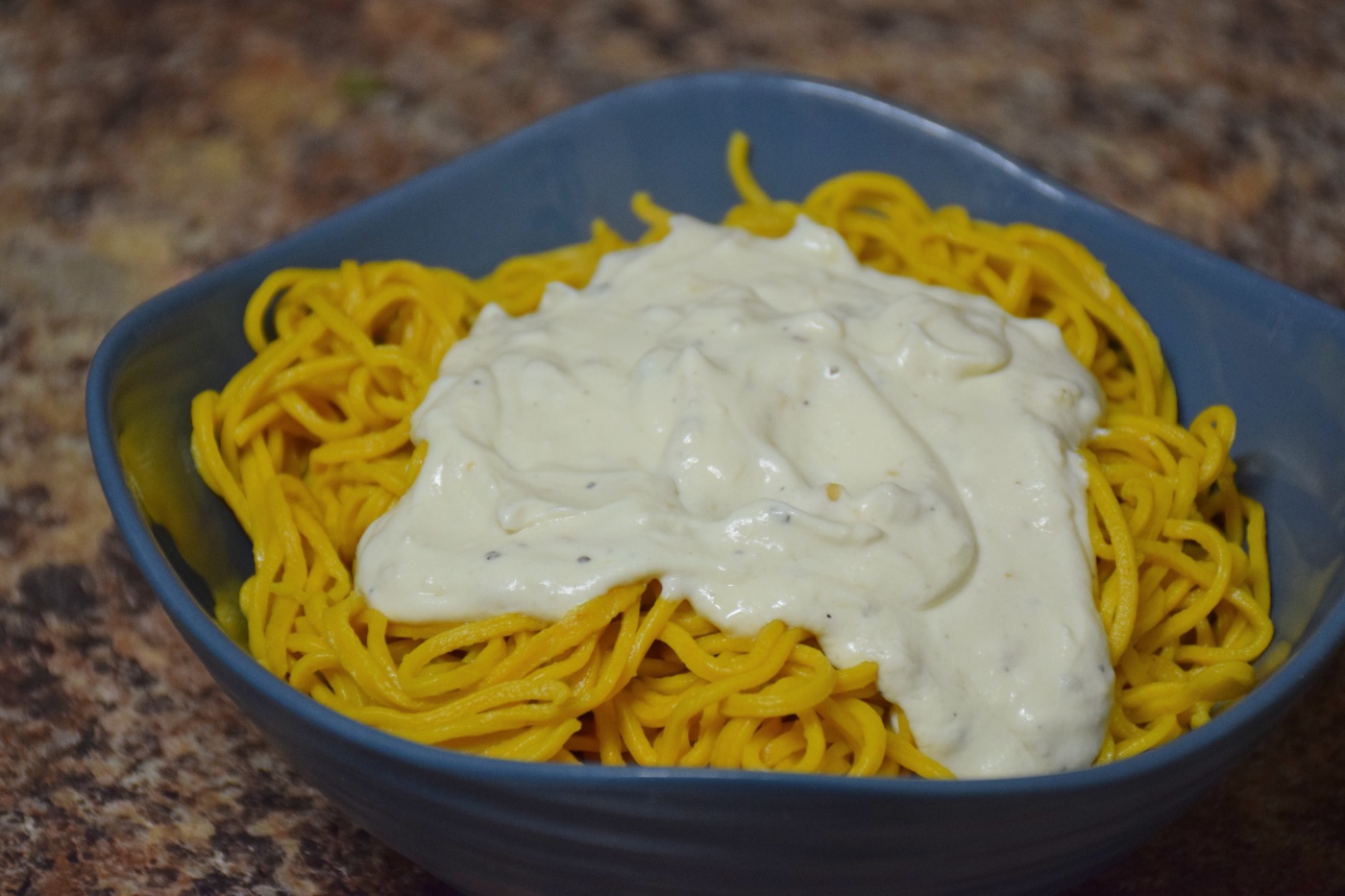 Tonight we decided to take a brief detour from our now tried and true basic pasta recipe. And by brief detour, I mean that we did the exact same thing that we always do, with the addition of some ground turmeric for a new flavor and color. Not the most bold and daring detour if we’re being honest. And since we’re being honest… this was actually an improvised backup plan when our first plan failed. What was the original dish we were going to make you ask? It’s a secret. We’re going to try it again one of these days. But long story short, I already had the mental plan for this sauce to pair with the original noodles. And I really had in my head that the dish was going to be “earthy.” So this backup plan had to be earthy too! We both stared at our spice cabinet, and Selim zeroed in on the turmeric. It’s earthy, I think it will pair well with the planned sauce, and added bonus, it makes the noodles a beautiful yellow color!

Side note… as we’ve mentioned before, we really started this blog as more of a journal or a personal recipe file. We just felt like we were frequently forgetting amazing dishes that we’d created once and then could never replicate. But along the way, we’ve embraced the fact that this is a blog and not just our personal notes. Since it’s available on the internet, we don’t want it to just read like a stream of consciousness diary, but something actually useful for others. One thing I did not anticipate was the difficulty I’d have in naming our recipes. Seems easy right? Apparently I’m not really all that creative, which is why you’ll see that most of our recipes just have simple, descriptive titles (I’m talking about you Wine & Honey Brisket or you Ham & Potato Soup). Any of the slightly more creative names come from Selim (see: Sultan Selim Kofte or Pinch of Crab Egg Dip). I came up with this recipe’s title thinking about the golden color of the turmeric noodles and the goat cheese base of the sauce. I was all proud of myself that I came up with (what I think is) an original, cute, alliterative name… and then I googled the phrase. Apparently Golden Goat is a variety of marijuana… known for its earthy flavor. And… we’re keeping the name! Maybe we’ll get a few new pot-smoking, Golden Goat-loving followers… Welcome!