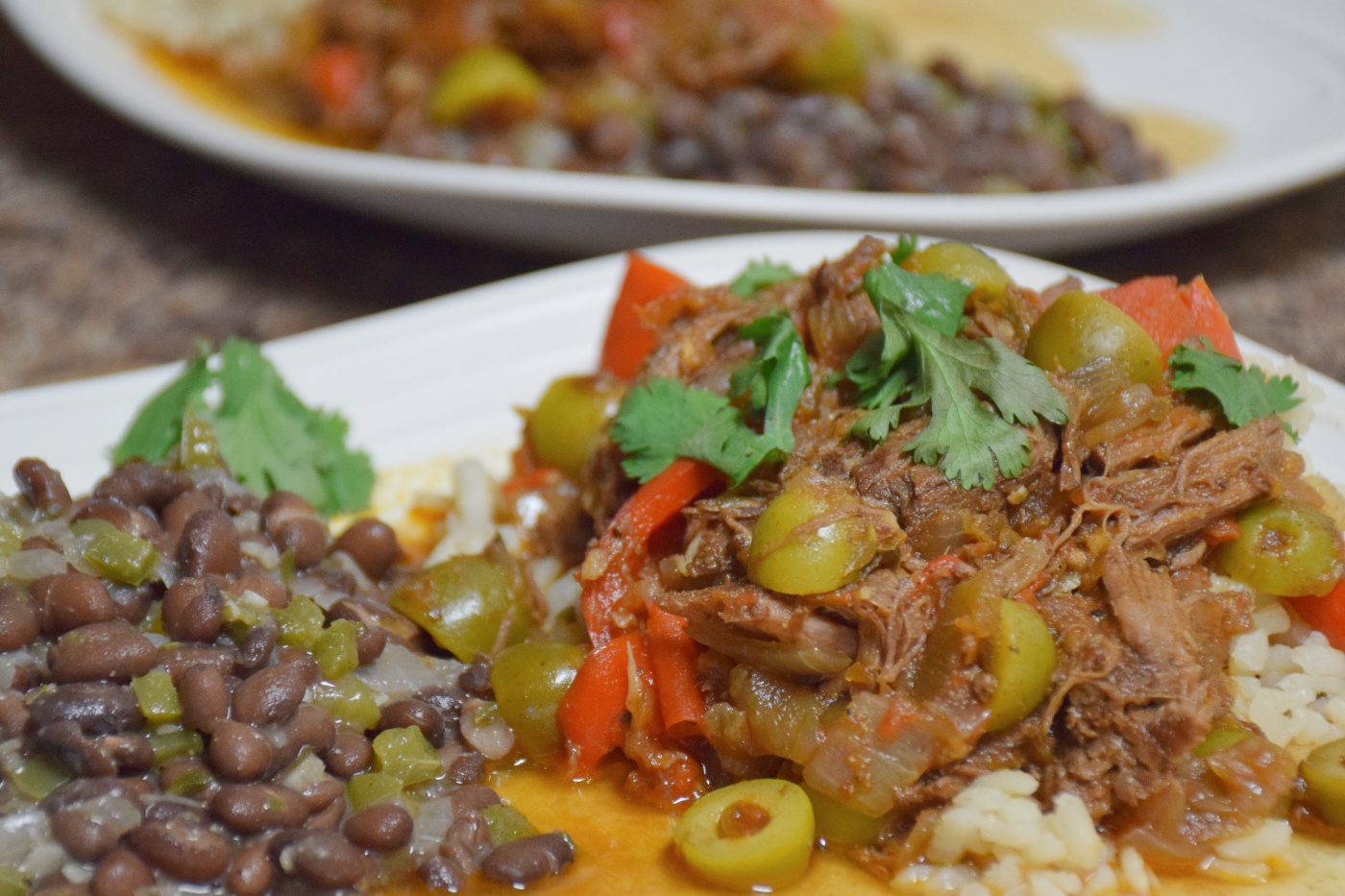 As we’ve mentioned a million times, we use this blog as a vehicle to get us to branch out and try different dishes we wouldn’t have otherwise thought to make. I was browsing our recent creations recently and was struck by the thought that we’ve had a little bit of a geographic bias. Our branching out has ventured into the Middle East, the Mediterranean, and North Africa quite a bit… not surprising, given that we both really love the food and flavors of that region. But maybe we’re inadvertently limiting the scope of our branching…? I don’t know why, but after coming to this realization, I immediately settled on Cuban food for our next adventure.

After drooling over pictures of Cuban sandwiches for a little while, I landed on a recipe for Ropa Vieja, which many claim as the national dish of Cuba. If you speak Spanish, you may note that “ropa vieja” translates to “old clothes,” which is not the most appetizing name I can think of personally, but is evocative of the legend behind the dish. The story goes that an impoverished old man had family coming over for dinner. He had nothing to serve them, so he shredded and stewed some old clothes. After praying over his creation and cooking with so much love for his family, he found that he had a delicious stew to serve, though the shreds of meat still resembled his old clothes. As best my internet sleuthing can determine, the recipe came to Cuba and the greater Caribbean via Spanish settlers, with its roots hundreds of years ago in Spanish Sephardic Jewish cuisine and their home in the Canary Islands. Tweaks occurred in the ensuing years, and this dish is considered to be quintessentially Caribbean and Cuban.

Ropa vieja is traditional served in Cuba with rice and black beans, so of course we had to make some Cuban black beans as well! This quick version uses canned beans, so they’re super easy to throw together. And its easy to see why the Cuban serve them in combination… delicious! After serving the ropa vieja on top of the rice, with the beans on the side, we realized that it was even better all stirred together! So go ahead and make a big messy plate – this dish isn’t on your table for its looks, that’s for sure!