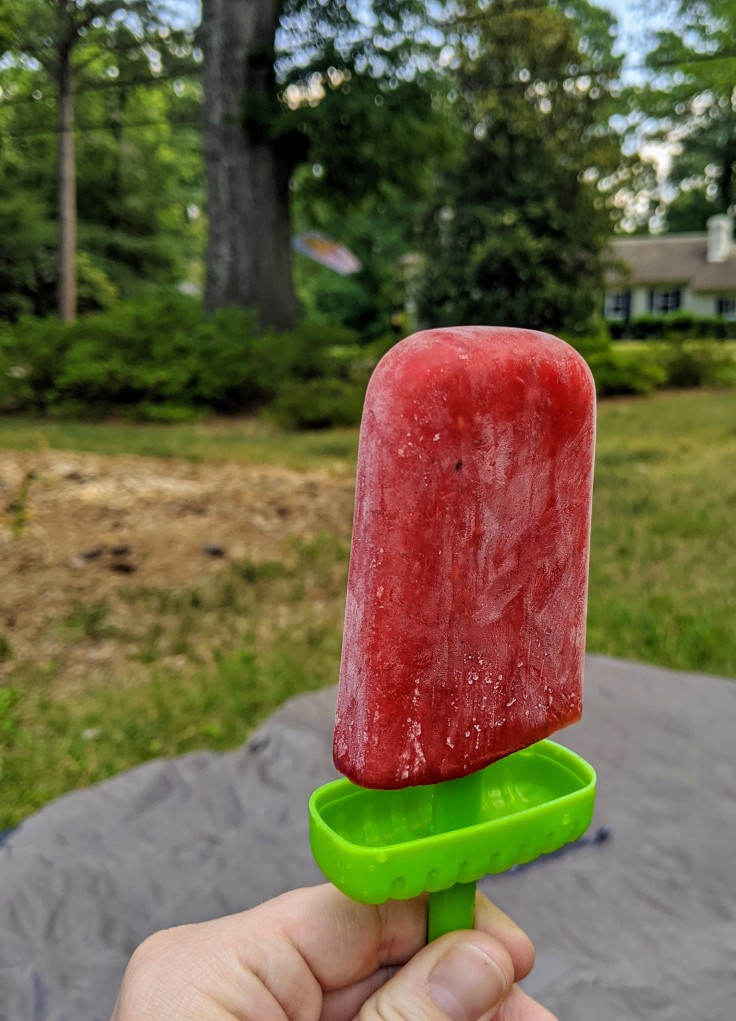 Happy Fourth of July! I don’t know about y’all but summer is definitely in full swing here. It was 92 degrees at 10am this morning! Even though it doesn’t feel like summer, since we can’t do many of the summery things we would normally be doing, the heat certainly reminds us of the season. One of my favorite refreshing summer treats is a popsicle! There’s nothing better to cool you down without weighing you down. Tomorrow is the Fourth of July Just like for Easter (see Berry Pavlova with Chocolate Drizzle), I wanted to make something that still let me feel like I was celebrating, even though in reality we’re staying at home per usual. So for the first time ever, I’m finally making my own popsicles! Every summer I ask myself why I don’t do this and yet, it never seems to happen. But now I have finally acquired popsicle molds and the will!