Tonight we made our second recipe from October’s cookbook club selection – Indian-ish! Participating in the cookbook club has already expanded our cooking horizons and we’ve only been doing it for about 6 weeks. The first one this month was Indian-ish Chicken Breasts. We tweaked this recipe a little, but the Indian(ish) flavors are definitely still there. This side dish is definitely spicy and full of flavor. It was close to being too spicy for me, so if spice is intimidating, maybe cut down to one serrano pepper or eliminate altogether. We also cooked with chaat masala for the first time here, which is always fun! We love trying new (to us) ingredients! Selim grew up eating a lot of Indian food, but I didn’t so these were different flavors for me especially. Side note, the original recipe called for topping the potatoes with fresh chopped cilantro. We (cough, Selim) may or may not have accidentally bought parsley instead of cilantro, but we think it’s probably great here, so we left it in the recipe even though we didn’t taste it that way.* 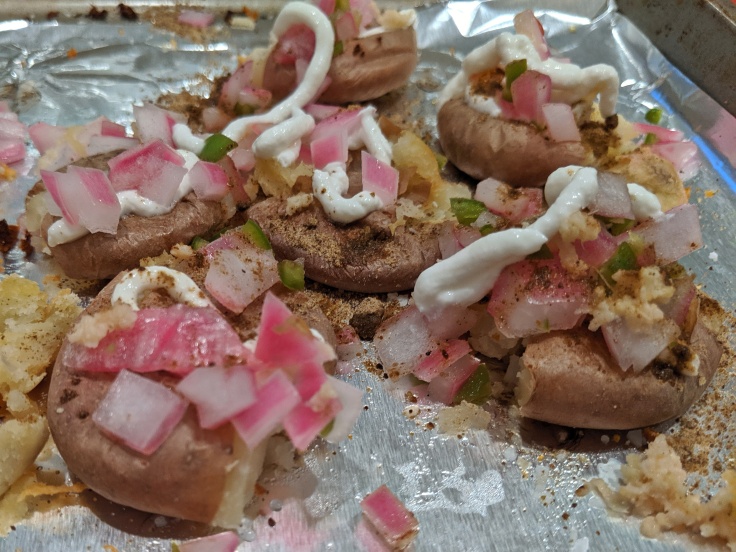